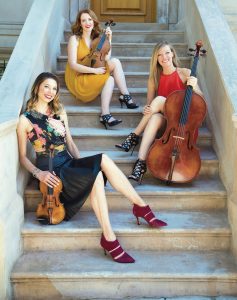 Trifecta is a powerful and dynamic new string trio, presenting concerts designed to surprise, delight and stimulate their audiences. Made up of three of New York City’s most accomplished and versatile chamber musicians, Trifecta’s debut season consists of appearances across the US and Canada, working with organizations such as the ChatterABQ series in New Mexico and the IRIS Orchestra in Tennessee. Violinist Sarah Whitney, praised by the Washington Post for her ” marvelous violin acrobatics,” is equally expert at playing classical concerti as she is improvising jazz and rock solos on the violin, and is the founder and artistic director of the innovative concert series Beyond the Notes. Violist Angela Pickett, who holds a Doctorate from the Manhattan School of Music, is not only an accomplished violist, winning several awards in her native Canada including a career grant from the Canada Council for the Arts, but is also a distinguished fiddler, appearing onstage on Broadway in the shows “Come From Away” and “Bright Star.” Cellist Laura Metcalf, lauded by Gramophone magazine for her “brilliant” playing and “gloriously warm and rich tone,” has seen her two most recent album releases both reach the top ten of the Billboard Classical Charts, and has been invited to tour internationally to countries such as Australia, Qatar, Nepal, Mongolia, Malaysia, India and many others.

All three players are also members of the acclaimed string quintet Sybarite5, the first ensemble of its kind ever to win the Concert Artists Guild Competition. With the quintet, they have performed hundreds of concerts worldwide, including over 40 US states, Argentina, Canada and Japan.

Trifecta is also dedicated to collaboration; their instrumentation and experience allow for flexible collaboration with many different instruments and musical styles.

Dr. Andrew Parker will be joining Trifecta for this concert. 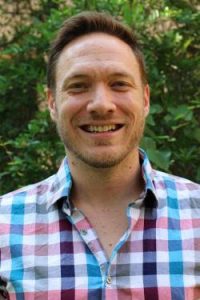 Check back at a later date for a listing of the musical selections that will be played.