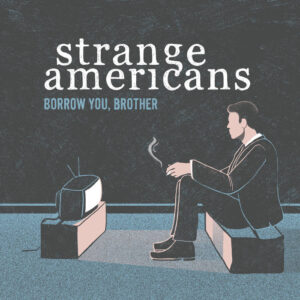 It’s the kind of music that the Carhartt-wearing, hard-working, industrial beer-drinking, regular Americans would listen to — the ones who could end up on an episode of TV’s Dirty Jobs. It’s a little raw, a bit loud, unapologetic and honest. It’s Americana rock and roll and it’s something that Denver’s Strange Americans are crafting with both brawn and finesse, like a hot rod mechanic bringing back an old barn find. 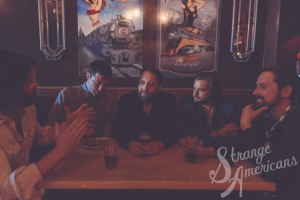 In a sense, Strange Americans are rescuing something from the rust pile — straight-forward, no frills rock and roll, and a matching aesthetic that is heavy on songwriting and storytelling, but presented with reverb-drenched punch and passion — the way The Band or Crazy Horse would have done it.

Strange Americans have three full-length records, Royal Battle (2012), That Kind of Luster (2014), and Borrow You, Brother (2017), along with the 7″ Vinyl Places (2015).  Borrow You, Brother was recorded with Echo Lab engineer and producer Matt Pence (Centro-matic, Justin Townes Earle).