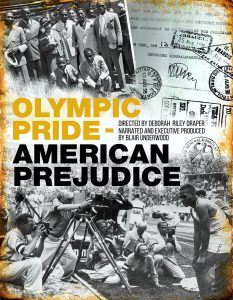 Olympic Pride, American Prejudice explores the experiences of 18 African American Olympians who defied Jim Crow and Adolf Hitler to win hearts and medals at the 1936 Olympic Games in Berlin.  Set against the strained and turbulent atmosphere of a racially divided America, which was torn between boycotting Hitler’s Olympics or participating in the Third Reich’s grandest affair, the film follows 16 men and two women before, during and after their heroic turn at the Summer Olympic Games in Berlin. They represented a country that considered them second class citizens and competed in a country that rolled out the red carpet in spite of an undercurrent of Aryan superiority and anti-Semitism. 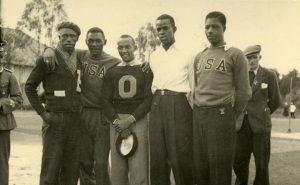 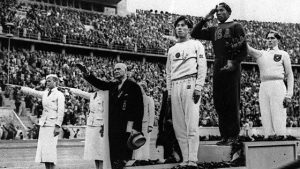 Since the 1936 Olympics was a well-documented event, this film will utilize the wealth of newsreel material, newspaper articles, photographs, personal interviews and never-before-seen footage as well as resources from the personal archival collections of Olympians and organizations in both the U.S. and Germany.