Since winning the Cello First Prize and Gold Medal at the XIV International Tchaikovsky Competition in 2011 at the age of 22, Narek Hakhnazaryan has performed with most major orchestras and in recital across the globe and has established himself internationally as one of the finest cellists of his generation. From 2014-2016 he joined the prestigious BBC New Generation Artists scheme during which time he made a hugely successful BBC Proms debut, with the Guardian commenting on his “technically impeccable and distinctively personal account” of Haydn’s First Concerto. Of his LAPO debut in 2012, the LA Times said “His command of the instrument is extraordinary”, The Strad has described him as “dazzlingly brilliant” and the San Francisco Chronicle “nothing short of magnificent.” 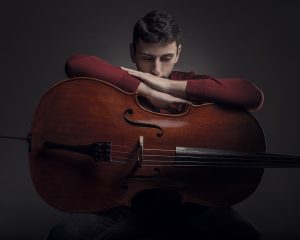 Aviram Reichert—acclaimed for his deeply intelligent interpretations, phenomenal technique, and ravishing tone—won the bronze medal at the Tenth Van Cliburn International Piano Competition in 1997, after having won several major competitions in Asia, France, and Germany.

In addition to his busy performing career, Mr. Reichert is a sought-after teacher who is frequently invited to conduct master classes in Japan, Korea, South Africa, Israel, and the United States. From 2001–2008 he held the positions of associate professor of piano and artist-in-residence at Grand Valley State University in Grand Rapids, MI. He is currently serving as professor of piano at Seoul National University, College of Music, where more than 20 of his students have won major national and international awards. 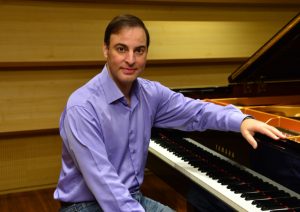