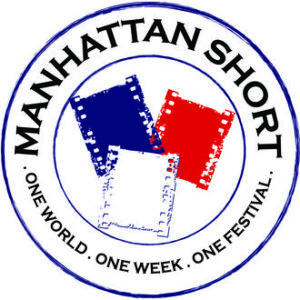 Haunted by grief, a man asks questions only the recently deceased can answer. The dead get their say in the hidden chamber of a mysterious pub. You may not like what you hear. During a professional conference in Prague, two interpreters in the Hungarian booth hilariously vie for the attention of one listener. Two boys playing in an abandoned surface mine take turns outdoing each other until the stakes are suddenly raised and it’s no longer a game. When Cardboard City catches fire, it’s up to an energetic fire chief and his brave deputies to save its citizens from the encroaching flames. To escape a marriage arranged by her extremely religious father, a young girl seizes the chance to run away and save more than herself. In a loveless marriage, a woman seeks solace from a home shopping channel that proves to be her salvation…unless it was the problem all along. A young woman finds her lost lover in a world of ever-changing surreal landscapes. But love, she discovers, is more complicated than she imagines. At the end of World War II, Red Army soldiers bent on brutal revenge for past atrocities attack a German city. Compassion comes from an unlikely source. Based on a true story. Two strangers meet at key turning points over the course of their lives. The initial conflict gives way to compassion and eventual friendship.