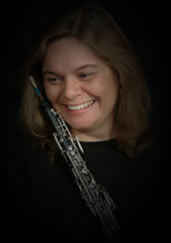 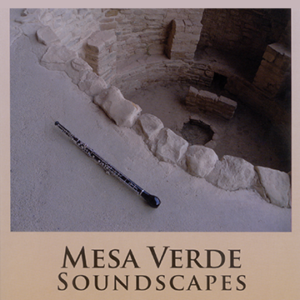 Jill is an oboist, English horn player, pianist, and composer who has written and released 5 recordings about the National Parks in the United States.

Her National Park projects began after a visit to Glacier National Park. Upon her return home from a visit to this National Park in Montana, she wrote several pieces inspired by the magnificent scenery. “Glacier Soundscapes” was released and received favorable reviews and airplay.

Jill presented concerts with a video of images in Glacier that inspired the music. A pianist, guitarist, and Jill on double reeds comprised the trio that accompanied the video.

The request for more visual material to accompany music led to a decision to create a photo booklet to be included with the CD packaging of her 2nd release, “Zion and Bryce Canyon Soundscapes.” Kathy Parsons of MAINLY PIANO wrote, “Zion and Bryce Canyon Soundscapes is a very personal and impressive tribute expressed in the universal language of music and photography. The recording received considerable airplay, including Sirius/XM Radio in the United States.

During the recording process of “Zion and Bryce Canyon Soundscapes,” engineer and co-producer, Corin Nelsen, suggested Jill explore the possibility of applying to be an Artist in Residence at a National Park. She received her 1st invitation to do so at Mesa Verde National Park. During her 2 week residency there, she lived in a Hogan style building while visiting sites and writing music.

This resulted in her 3rd release, “Mesa Verde Soundscapes,” which won the “Best Piano Album with Instrumentation” award from Zone Music Reporter, an organization that tracks international airplay of instrumental music. Steve Shepherd of ONE WORLD MUSIC wrote, “Mesa Verde Soundscapes is a musical vista of outstanding natural beauty; this is one album that everyone needs in their collection.”

Jill also performs with One Alternative, a small ensemble group that writes music combining many different styles. She also is invited to be a regular guest artist on recordings produced by Will Ackerman, the founder of Windham Hill Records, at Imaginary Road Studio.

Jill will be accompanied by Kathryn Kaye on the piano.

A native of southeastern Kentucky, Kathryn Kaye is a pianist and composer of music inspired by folk songs, ballads, and hymns, the beauty of Nature, and the resilience of the human spirit. An internationally acclaimed, classically trained performing artist, she has released 8 albums that have received wide recognition and praise from music reviewers around the world. Since 2010, Jill Haley has played an important musical role in 7 of Kathryn’s albums, and they have performed together in concerts in Canada and the US.  Kathryn describes Jill’s compositions and recordings as brilliant, sensitive, and deeply evocative of the spirit of earth and sky.  She is honored to be accompanying Jill in her musical tribute to Mesa Verde and its timeless wonders and mystery.