is proud to present 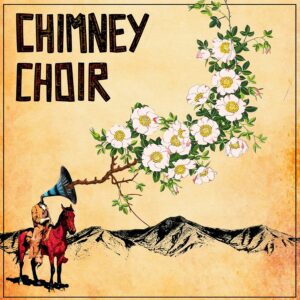 as part of the iAM Music Festival

Chimney Choir combines folk harmonies, ambient electronics, and swirling textures of rhythm and melody into a style of music that is not easy to define. They began in 2011 with a guitar, banjo, mandolin, and suitcase drum and have since toured the country extensively, recorded and released five recordings, and developed layers of electronics, live looping, and percussion. They still remain fascinated with folk music and traditions while they constantly evolve and experiment – their performances often take on a theatrical quality that has incorporated puppetry, ritual, dance, storytelling, interactive video and even a sci-fi mini-drama. Their newest album, “(dream)” was released November 2016.

“Chimney Choir has never been a conventional band. Its songwriting has roots in Americana and pop, but it’s informed by an avant-garde sensibility, so that any musical idea or offbeat concept could be incorporated at will. Albums and shows reveal the group’s conceptual and theatrical side: Its last album-release performance was part concert, part game show, and included audience participation. Another album-release show took place in an architectural warehouse, and the performance was a kind of treasure hunt…the group reliably offers up high-concept, often interactive experiences. ‘(dream)’ finds Chimney Choir in fine form, with its signature mix of Americana and ambient soundscapes resulting in thought-provoking pop songs. The new tracks aim for a commercial sound without compromising that experimental edge.” –Westword