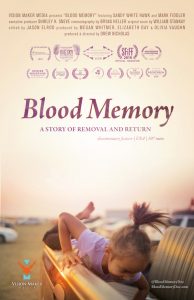 Sandy White Hawk’s story of adoption is not of saving an orphan, but of creating one. At 18-months she was removed from her Sicangu Lakota relatives and taken to live with missionaries, a traumatic experience she later found to be part of a federally-funded assimilative movement that targeted American Indian children. As Sandy defies bureaucratic genocide and works to bring home members of this stolen generation, a buzz begins to form around Mark Fiddler, a member of the Turtle Mountain Band of Chippewa Indians who put heritage on trial as lead attorney in the 2013 Supreme Court case Adoptive Couple v. Baby Girl. Mark argued against the Indian Child Welfare Act – a law passed in 1978 to fortify tribes and halt the systematic displacements of the Adoption Era. The Court’s controversial decision to bypass the Act in favor of a white adoptive couple was seen as a win for the “adoption industry,” outraging Sandy and fellow advocates and resurfacing generations of trauma throughout Indian Country.

In this dark-horse political thriller, Mark leads the charge to dismantle the law he once fought to protect as Sandy organizes the first Welcome Home Ceremony for adopted and fostered relatives in Rosebud, South Dakota – the community from which she was removed over 60 years ago.